The Shiba Inu, also known as the Shiba Ken, the Little Brushwood Dog, the Japanese Turf Dog, the Little Turf Dog, the Japanese Small-Size Dog or simply the Shiba, is the oldest, smallest and most popular of all Japanese breeds. Its name translates from Japanese as “small dog.” It strongly resembles a smaller Akita but is solid in coat color. Today, the Shiba Inu is the most abundant companion dog in Japan, and it also makes a wonderful watchdog. The Shiba is independent, disinterested in strangers and retains its strong prey drive. It rarely barks, and when it does vocalize it tends to emit a strange howl called the “Shiba Scream.” It is cat-like in its cleanliness and can be headstrong. The Shiba Inu was recognized by the American Kennel Club in 1992, into its Stud Book and as a member of the Miscellaneous Class. It became eligible for full registration as a member of the Non-Sporting Group in 1993.

Mature male Shibas should stand 14½ to 16½ inches at the withers; females should stand 13½ to 15½ inches in height. The preferred weight for males is 23 pounds, and for females 17 pounds. This is a double-coated breed, with thick but short hair that does not require excessive attention. It has alert pricked ears and a tightly curled tail, and always looks alert and ready for adventure.

The Shiba Inu developed on the steep slopes of the Japanese mountains and was used to hunt both large and small game for many centuries. They were especially adept at hunting birds, although occasionally boar, bear and deer were their targets. There may be some Chow Chow in this breed’s history. The breed officially got its present name sometime in the 1920s. The first breed standard was written in 1934. In December of 1936, the breed was designated as a precious natural resource of Japan, through the Cultural Properties Act.

The Shiba Inu was entered in dog shows starting in the early 1930s. Most of these dogs came from the Yamanashi or San In areas of Japan, brought down from the mountains, and they were rough and variable in type and temperament. World War II almost extinguished the Shiba Inu breed. The war was closely followed by a massive outbreak of distempter in 1952 that almost finished the task. Those few dogs that were left were from three distinct bloodlines: the San In Shiba, the Mino Shiba and the Shin Shu Shiba. The modern Shiba Inu descends from these three lines. Today’s Shibas are elegant and very consistent in type. They retain their hunting instincts and remain independent, aloof and affectionate only to those who earn and deserve their respect.

The first known Shiba in America arrived in 1954, brought by an American soldier from Japan. In the late 1970s, more Shibas were imported from Japan by breed fanciers. The first litter was born in the United States in 1979, with both sire and dam imported by Julia Cadwell. The Shiba Inu was admitted to the Stud Book of the American Kennel Club in April of 1992. It became eligible to compete in the Miscellaneous class in June of 1992 and received full eligibility for regular classification in the Non-Sporting Group in June of 1993. 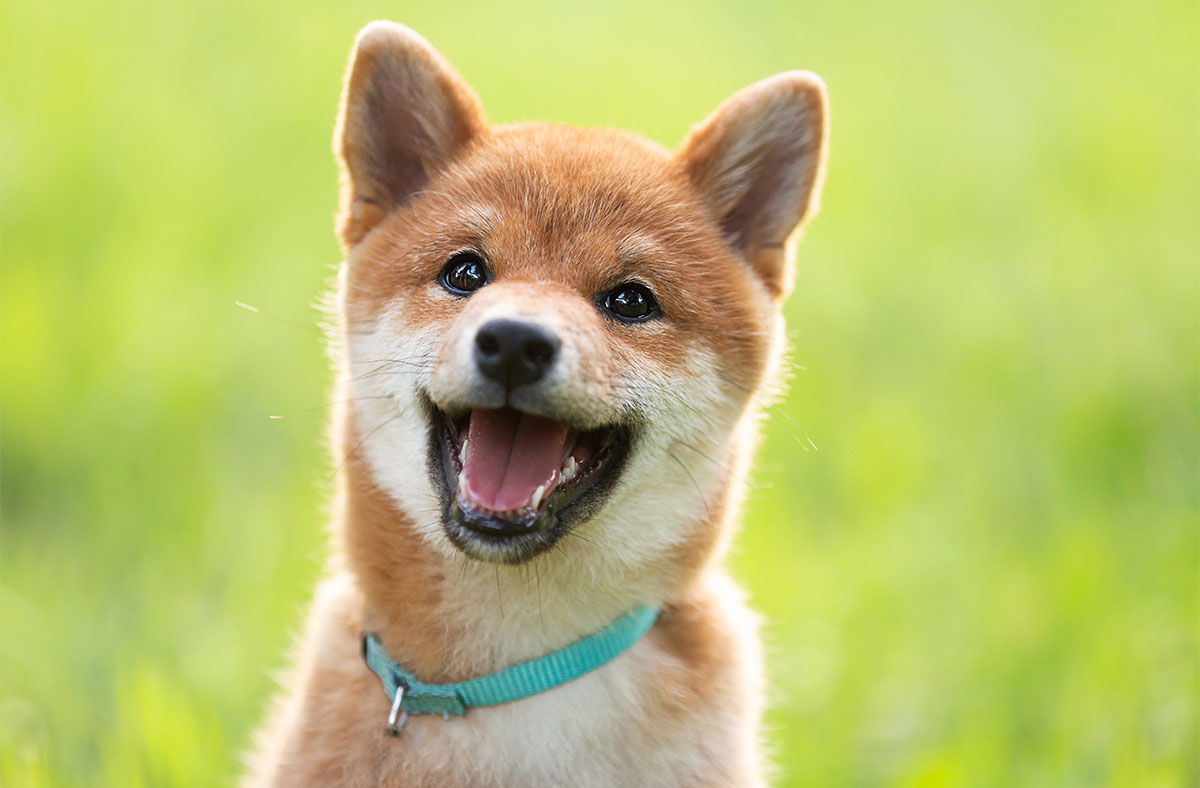 Shiba Inus are alert dogs with fiery personalities. Many owners call their Shibas little “spark plugs” because they are so spunky. Owning a Shiba Inu means committing to plenty of exercise and lots of intensive training and socialization. These three ingredients are essential to raising a well-adjusted Shiba with good manners. Shibas love their families and will want to be included in all activities both indoors and out. They are good with children, though toddlers may not make the best siblings for a Shiba. They prefer the company older kids who understand how to behave around dogs. For experienced dog owners, Shibas can be loving, affectionate companions, as this is a breed who truly gives back what his family is willing to put in. 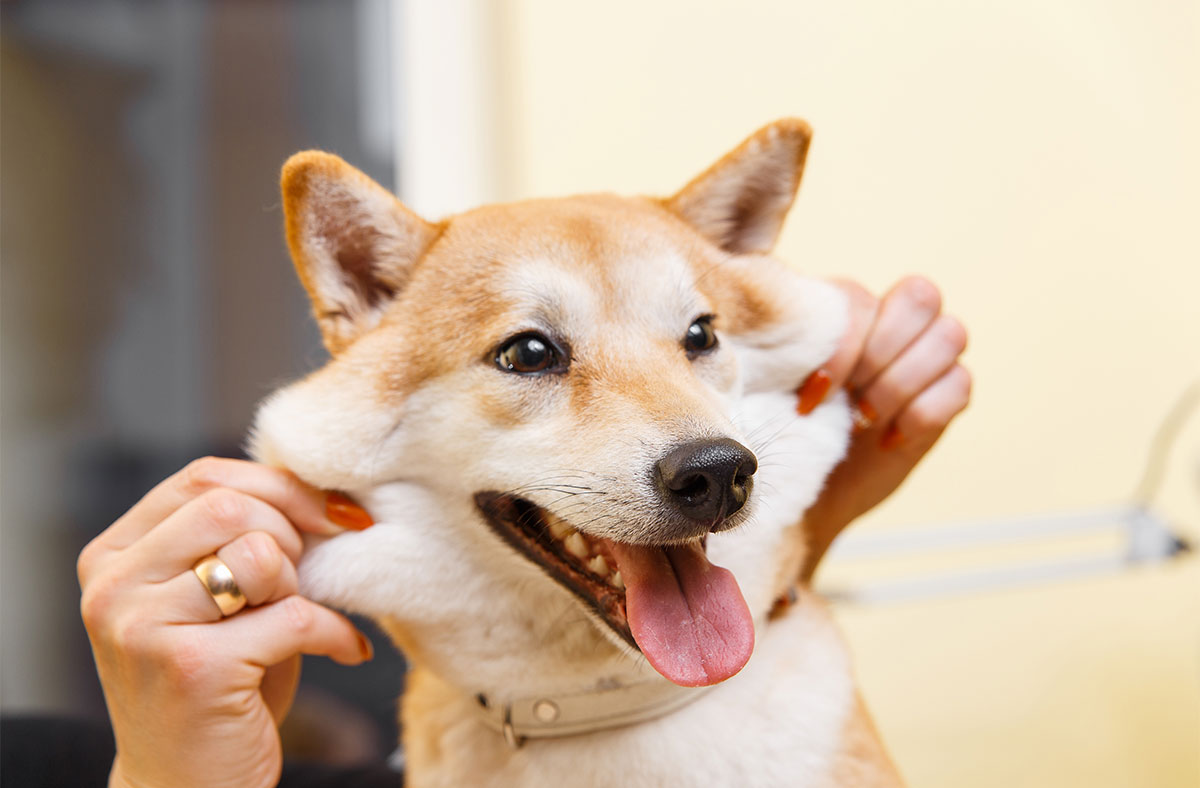 Shiba Inus require a lot of vigorous activity to maintain health and and even temperament. They may be appealing to apartment dwellers because of their medium build and unique look, but Shiba Inus need several walks a day and plenty of time to run. Because they are dog aggressive, parks are not always the best places for Shibas, so homes with fenced yards are the ideal living space.

Shibas enjoy interactive games and will happily chase balls and search out hidden toys in the back yard for hours. The most ideal activity for a well-behaved Shiba is the agility course, as their minds are just as active as their little bodies, and boredom can set in quickly. A bored Shiba is a destructive Shiba, so keeping him occupied can save your shoes and furniture.

Shibas can be difficult to train, especially for dog owners. Many breeders recommend working with a professional dog trainer who understands the Shiba personality and temperament. They are dominant dogs who like to be in charge and will make you work for your position as leader. A calm-assertive demeanor is important, as is generous praise, treats, and 100% consistency. If you give a Shiba Inu any leeway to bend the rules, he will walk all over you.

Once leadership has been established and basic obedience has been mastered, Shibas should graduate on to an advanced activity like agility training. They are smart animals who like to use their minds as well as their bodies, and they will appreciate the opportunity to bond with someone they love.

Socialization should begin early with your Shiba Inu so that he does not grow up to be mistrustful of strangers. The strong temperament of the Shiba Inu gives them a bad reputation in some circles, but when a commitment is made to properly train, socialize and exercise a Shiba Inu, they are very well-mannered dogs. The consensus among breeders is that ill behaved or aggressive Shibas are a result of poor training.

Shiba Inus are prone to dog aggression. Properly socializing your Shiba around other dogs can minimize this, but it is best to keep him on a leash at all times, especially if your male is not neutered. They are also prone to chasing cats, so it’s best that Shibas not live with a feline, and caged rodents will be terrorized by a Shiba Inu constantly stalking.

This breed is very possessive of toys and food. Shibas are good with kids, but when small children are around, it is best to hide your dog’s toys. If a stranger takes something that is his, he won’t be happy and can respond by snapping.

Separation Anxiety is a common trait in Shibas, but is most commonly caused by lack of exercise. Before leaving the house for long periods of time, you should wear your Shiba Inu out with a long walk or a run in the park. This breed expresses their anxiety through excessive barking or screaming and very destructive chewing. 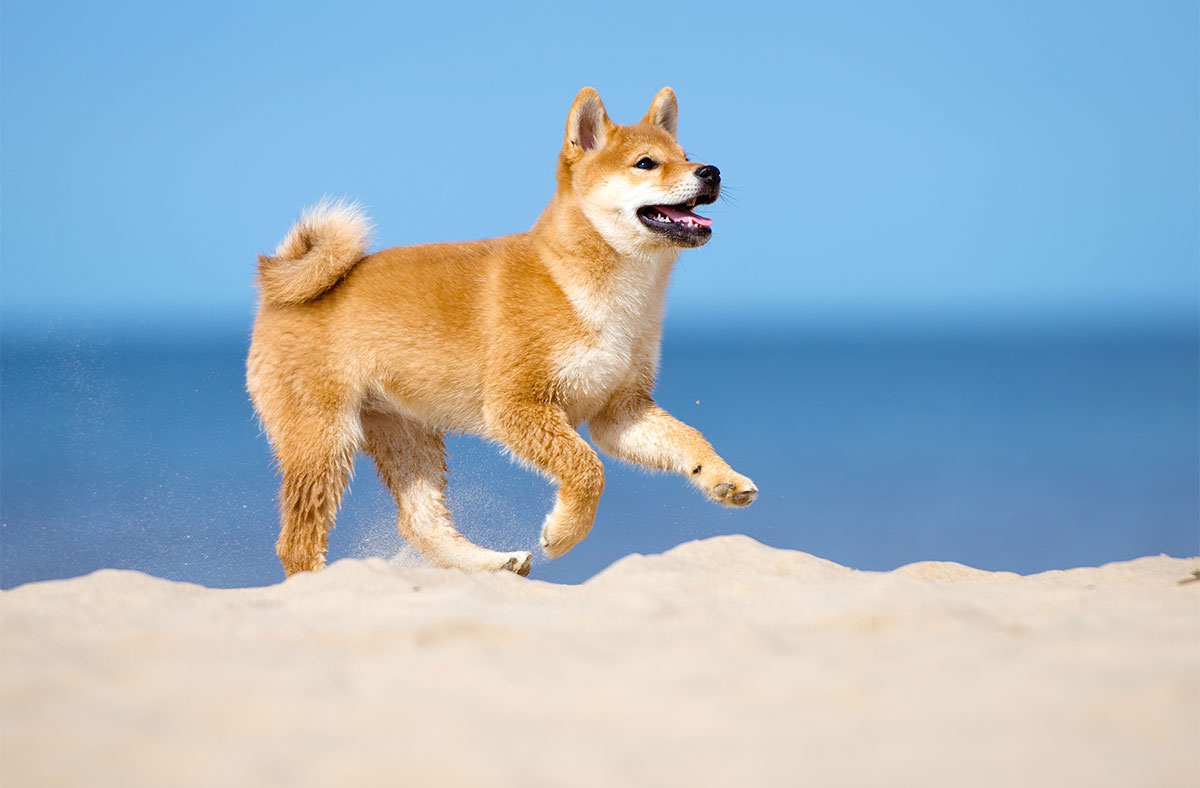 The smallest of the Japanese breeds, the Shiba Inu is a compact little dog with thick hair who resembles a miniature Akita. The eyes are uniquely triangular in shape, dark and small, and are windows into the good nature of the Shiba Inu’s soul. The nose is black. Teeth should meet in a scissors bite. The tail is set high and curled over the back in typical Spitz fashion. They come in colors of orange-red, urajiro, which is a cream to white ventral color, and sesame. Some individuals may sport white marks on the tail tip, forelegs and/or hind legs. All colors should have urajiro markings on the cheeks, inside the ears, on the sides and underneath the muzzle, throat, inside the legs, on the abdomen, and around the vent area.

The Shiba Inu wears a thick double coat that is made up of a straight and stiff topcoat and a softer undercoat. They shed year round and blow coat twice per year. They come in colors of orange-red, urajiro, which is a cream to white ventral color, and sesame. Sesame dogs have a red background with black-tipped hair. Some individuals may sport white marks on the tail tip, forelegs and/or hind legs. All colors should have urajiro markings on the cheeks, inside the ears, on the sides and underneath the muzzle, throat, inside the legs, on the abdomen, and around the vent area.

The Shiba Inu is farily low maintenance in the grooming department. Naturally clean and odor-free dogs, the Shiba Inu only needs a bath as needed. Over-bathing can cause the skin and coat to dry out. Once per quarter is usually enough for this breed. The coat should be brushed once per week to remove dead hair and daily during shedding season.

Check the ears on a weekly basis for signs of infection, irritation, or wax build up. Cleanse regularly with a veterinarian-approved cleanser and cotton ball. Brush the teeth at least once per week to prevent tartar buildup and fight gum disease. Additionally, nails should be trimmed once per month if the dog does not wear the toenails down naturally.

The role of pets is to teach us to love, not to replace love!

View all of buddy's posts.
We use cookies on our website to give you the most relevant experience by remembering your preferences and repeat visits. By clicking “Accept”, you consent to the use of ALL the cookies.
Do not sell my personal information.
Cookie SettingsAccept
Manage consent

This website uses cookies to improve your experience while you navigate through the website. Out of these, the cookies that are categorized as necessary are stored on your browser as they are essential for the working of basic functionalities of the website. We also use third-party cookies that help us analyze and understand how you use this website. These cookies will be stored in your browser only with your consent. You also have the option to opt-out of these cookies. But opting out of some of these cookies may affect your browsing experience.
Necessary Always Enabled
Necessary cookies are absolutely essential for the website to function properly. These cookies ensure basic functionalities and security features of the website, anonymously.
Functional
Functional cookies help to perform certain functionalities like sharing the content of the website on social media platforms, collect feedbacks, and other third-party features.
Performance
Performance cookies are used to understand and analyze the key performance indexes of the website which helps in delivering a better user experience for the visitors.
Analytics
Analytical cookies are used to understand how visitors interact with the website. These cookies help provide information on metrics the number of visitors, bounce rate, traffic source, etc.
Advertisement
Advertisement cookies are used to provide visitors with relevant ads and marketing campaigns. These cookies track visitors across websites and collect information to provide customized ads.
Others
Other uncategorized cookies are those that are being analyzed and have not been classified into a category as yet.
SAVE & ACCEPT